The Mobile app messaging SDK for Xamarin lets you add push notifications to iOS and Android mobile applications that are developed using Xamarin.Forms. You can add basic notifications and advanced notifications, such as banners, video, and calendars. Additionally, the SDK supports integration with the Acoustic Campaign.

The following diagram shows how AcousticMobilePush.Forms interacts with Xamarin.Forms. 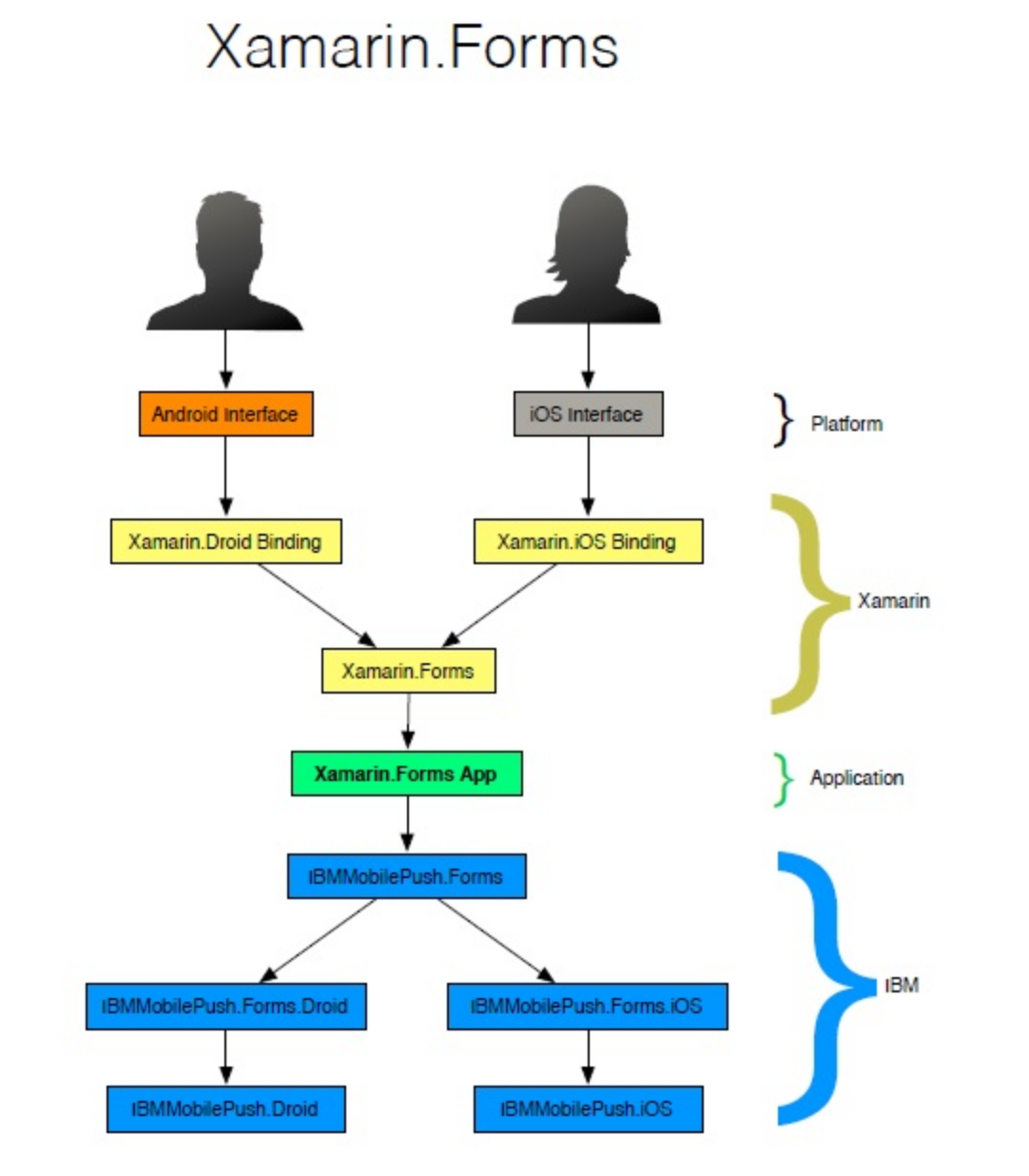 The Mobile app messaging SDK for Xamarin provides the following libraries and bindings:

Updated about 2 years ago

Did this page help you?